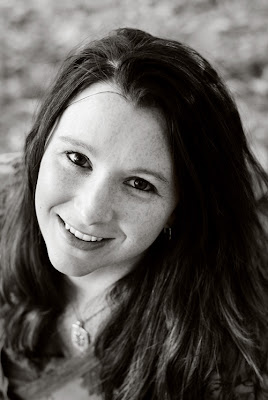 Trust me, you'll want to smack her around in about 5 minutes...
Say hello to Dayna Martin, according to her Wiki entry she is " a La Leche League leader, a natural birth educator, an attachment parenting counselor, and a birth doula. She founded The Babywearing Project". That is all just a very long way of saying that she has no discernible job skills and has conned other dirty hippies to pay her for convincing them that they are just as awesome as she is.
But, Martin has gained new fame as the leader of the "Radiocal Unschooling Movement". An offshoot of homeschooling, unschooling (which is apparently legal in New Hampshire), takes the Rousseau model of "free learning" to new, idiotic boundaries...and the children learn nothing, except for what they want to learn. According to the fascinating, if not infuriating, ABC News article,

They live as though school doesn't exist. They're at home all day, but they're not being homeschooled. They're being "unschooled." There are no textbooks, no tests and no formal education at all in their world.

"Just picture life without school. So, maybe a weekend. We wake up, and we have breakfast, and we just start pursuing what we're interested in doing," said Dayna Martin, a mother of four in Madison, N.H.

"I just personally don't believe that humans learn best when they're trying to learn something that somebody else is telling them to," she said.

And she doesn't necessarily think they need to mind their Ps and Qs. Her hands-off approach extends to other areas of the children's lives. The kids are allowed to eat whatever they want -- even pasta with peanut butter sauce -- as long as it is in the house.
What's more, they make their own decisions, and don't have chores or rules. "Because we don't punish, we don't use the term rules," Martin said. 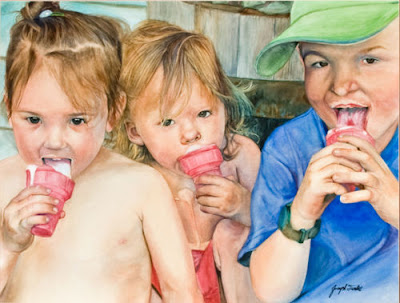 Oh, you little rapscallions, of course you can have ice cream again, and don't worry about the mess, Mommy will clean it up.
A complete lack of ground rules is Martin's revolution: No rules, no chores, no dietary guidelines, no balanced meals, no schools, no books; I'm sure that makes her childrens' favorite parent, ever, but what about radical unschooling. How do the kids learn?

"I think sometimes people they'll come over and spend time with us, family or friends. They'll ask me, 'How do your kids learn if they're having fun all day?' Like, they so don't equate learning with fun," she said. "Whatever they're interested in, I try to bring as much of that into their life as possible with as many resources as possible."

Okay, learning can be fun. I get that (ever heard of a Montessori, per chance?). And it is child-directed learning (again, ever heard of a Montessori?). But, without books, or fundamental learning skills, are the children actually going to be prepared? Educated? Psssh-ah, says Martin; she said she has "such a present-based mind-set" that she doesn't think about her kids' futures, and that she just wants them to be happy." 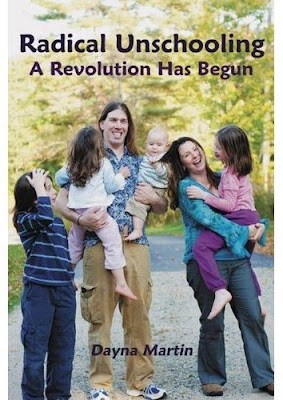 And, you too can fuck up your kids for life....just buy my book.
Seriously, she poo-poos the notion of children learning, having any sort of self-discipline, or any future skills so that they can better their future. For instance, look at this colloquy between Martin and one of her indoctrinees:

"What if they really do need algebra, and I don't teach them algebra or I miss some specific part of something that 's going to help them to learn algebra down the road right now while I'm in the early phases of their life," Berg asked.

"The fears that you have are so normal," Martin said. "Algebra is not something that everybody needs to know. This life is about honoring the fact that we are not all put on the earth to do the same thing in life. ... It is such an individualized education as opposed to a cookie cutter education where kids are kind of, this bucket of knowledge that you pour into kids and they may or may not learn it."

So, there you have it: Honor this life by making the decision to force you your children to be stupid, ill-educated and utterly without any skills or future. Yep. Sounds like selfish hippie shit to me. I know, you're probably thinking that this may be an artsy family, and I'm being too cruel. Because, the kids are probably learning literature, and, in any event, have decent basic skills.

Let's test that assumption, shall we, with this discourse on classic literature:


What happens when the learning becomes more sophisticated and her kids need to be exposed to Shakespeare or Twain or Henry James?

"I think a lot of people might value that more than others. That that is important and it is part of someone's life. I honestly don't remember, yes, although I know their names, I don't remember the details of what I learned in school about the historians," Martin said. 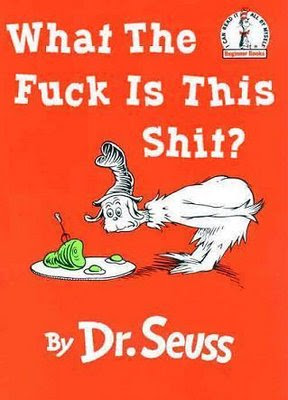 Okay, so literature (or history, for that matter) is not a strong suit with the Martin family...
Besides conflating classic literature with history, and summing it all up as a matter of whether we should "honor" it or not, what about basic math skills. Surely her 10-11 year old munchkin can add, subtract, multiply and divide...all pretty necessary skills, even if the we don't "honor" balancing a checkbook, or being reduced to a blubbering idiot at checkout counters. Let's see how Devin, her oldest, fared:

Martin said her children have picked up adequate reading and math skills without formal instruction. But when we asked Devin a basic multiplication question, he stumbled.

So very, very sad for these children. Raised in a world without the benefit of testing their minds, being exposed to broad-breadth ideas and notions, testing the world of ideas and their place in this world, learning about the myriad of possibilities for their futures. And, all because this selfish, frankly evil, duo of dunderheaded pussies don't have the gumption to grow-the-fuck up and do what's right for their children...even if every waking moment of every day isn't "fun" or being "honored". 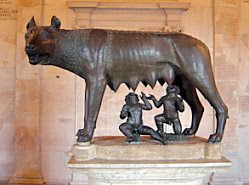 Seriously, Dayna, just let wolves raise your children...it will have the same effect and be more honest that your psuedo-intellectual trappings of "honor" and "freedom".
.
Poop-flinging by Der Schatten at 8:02 AM

Come One. Come All.